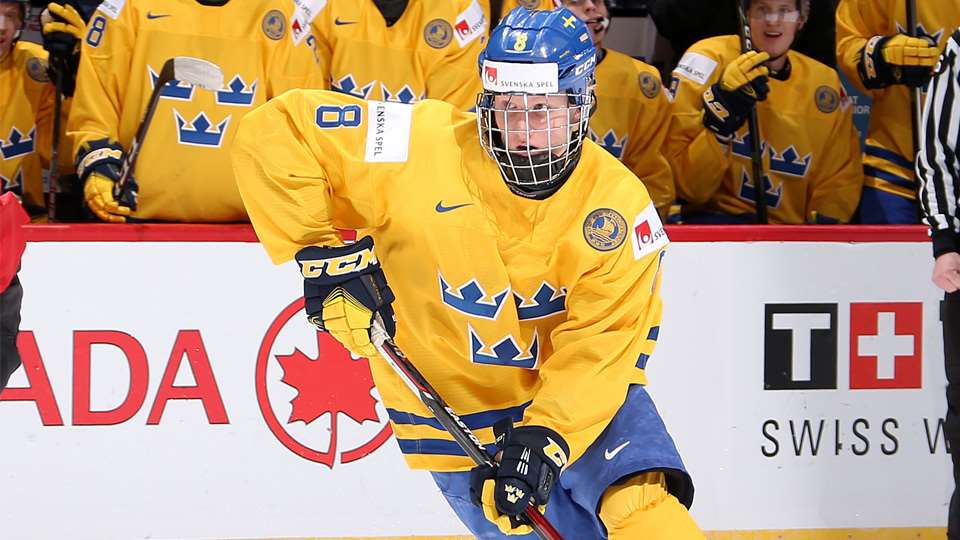 Alumni take next step in Dallas

Led by No. 1 pick Rasmus Dahlin, 77 Hlinka Gretzky Cup alumni had their names called at the 2018 NHL Entry Draft

Hlinka Gretzky Cup alumni went early and often at the 2018 NHL Entry Draft, with 19 first-round selections leading a group of 77 who pulled on an NHL jersey for the first time in Dallas.

The first alumnus off the board was the first player selected – Rasmus Dahlin had a goal and an assist in five games to help Sweden reach the bronze medal game at the 2016 Ivan Hlinka Memorial Cup (the tournament was renamed the Hlinka Gretzky Cup ahead of the 2018 event on Canadian ice).

In all, the first three picks and seven of the top 10 were alumni, and eight countries were represented.

The Canadians’ total includes 18 members of the team that won a 21st summer under-18 gold medal in 2017, highlighted by captain Joe Veleno; the Detroit first-round selection (30th overall) became the first player to play for Canada’s National Men’s Summer Under-18 Team twice, and led the red-and-white contingent in scoring (2-5—7).

Nine of the top 10 point-getters from the 2017 Ivan Hlinka Memorial Cup were chosen, with leading scorer Dmitri Zavgorodny (5-5—10) going to the Calgary Flames with the 198th pick in the seventh round.

Ticket packages for the 2018 Hlinka Gretzky Cup are still available in Edmonton and Red Deer, including a recently-launched Team Canada package that includes all three preliminary-round games at Rogers Place.

For more information, including how to purchase tickets, visit HlinkaGretzkyCup.com.